Hydrogen peroxide has long been a favorite cleaner in many households. That’s because it has a wide variety of applications.

In the kitchen, it can be used to clean your dishwasher, sink, countertops, and more. In the bathroom, it’s equally effective at whitening the surfaces, as well as eliminating mold and mildew.

When it comes to laundry, hydrogen peroxide is more popular than bleach. We will explain what makes it a better option than chemical bleach.

Also, you will learn how to use hydrogen peroxide without ruining your clothes or fabrics.

There may be affiliate links in this article. You can read more about this in my disclosure.

Bleach is a must-have for a lot of homes. Its oxidizing properties make it effective at eliminating germs and bacteria.

This same property gives bleach the power to remove the color from surfaces and fabrics.

However, bleach can irritate the skin and eyes. If you have sensitive skin, you might have reactions.

Also, bleach can cause the fabric to have a yellowish tinge over time. If you aren’t a fan of bleach, hydrogen peroxide is a suitable alternative. 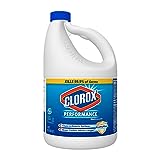 What is hydrogen peroxide?

Hydrogen peroxide is simply water with an extra molecule of oxygen added to it. That might seem like it isn’t much, but the additional oxygen element is what gives hydrogen peroxide its cleaning ability.

As an oxidizing agent, it is much safer than bleach. So, you get similar cleaning results with hydrogen peroxide as you would with bleach, minus the irritation.

However, hydrogen peroxide does have a weak point. It is highly reactive, which means that it won’t hold its results for very long.

This equates to you having to reapply hydrogen peroxide more often than you would if you used bleach.

Okay, enough of comparing hydrogen peroxide with bleach. Let’s show you how you can use it on your clothes.

Be careful with hydrogen peroxide

We begin with a warning: give hydrogen peroxide the same level of respect you would give standard bleach.

It is possible that being careless with your hydrogen peroxide can cause irreparable damage to your clothes. So, use caution.

With that vital announcement over and done with, it’s time to learn how to add hydrogen peroxide safely to your laundry.

If you are going to use hydrogen peroxide on colored clothing, then test to see if the color will run.

Take a cotton swab and dip it into your hydrogen peroxide. Dap the swab onto a discrete piece of the fabric.

If you find that the color is transferred onto the cotton swab, then you have a problem.

The best option for you in this situation is to look into a different method for removing the stain.

Using hydrogen peroxide with your laundry

If your machine doesn’t have this type of dispenser, you can premix a solution: add two cups of water to one cup of hydrogen peroxide. Pour your solution into the washing machine before you put in your load of washing.

You can also add it in once the machine has filled with water.

Remember to make sure that your clothes are colorfast. Not doing so can cause a laundry disaster!

Getting rid of the yellow stains

You may find that as you regularly use hydrogen peroxide, your clothes take on a yellowish tinge. Don’t feel like you have to toss your beloved clothes away.

It is possible to rescue them with some vinegar and water.

However, time is of the essence. So, act immediately when you spot that yellow stain.

Round up the following items: 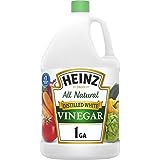 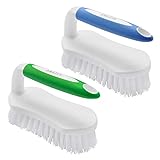 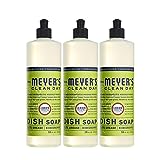 Once you have your equipment ready, it’s time to proceed.

Another option is to use commercial bleach instead of vinegar.

If you want to try this, swap out the vinegar with a ¼ teaspoon of bleach mixed with ½ a cup of water. Then proceed with steps 4–9 above.

What strength of hydrogen peroxide is best for stain removal?

You will find that hydrogen peroxide comes in different strengths.

For stain removal, which level of hydrogen peroxide will tackle the job? Most people will tell you that 3% concentration isn’t powerful enough to remove stains.

Going higher than 50% strength will bleach your clothes, leaving you with a heartbreaking situation.

The recommended level for effectively treating stains is 10%.

Don’t mix hydrogen peroxide with these

We want you to remain safe and healthy while tackling stains. Hydrogen peroxide is safe on its own.

But, if you mix it with some other compounds, it can become a health hazard.

Because vinegar is acetic acid, adding hydrogen peroxide to it can create peracetic acid. You will find it gives off a strong vinegary odor.

As a cleaning solution, it isn’t effective as the strength has been reduced. You will find yourself getting frustrated over the result.

Additionally,  peracetic acid can irritate your eyes, nose, skin, and throat. It can also affect your lungs.

You may be tempted to use bleach with hydrogen peroxide. After all, the thinking goes that both are effective stain removers, so why not double the impact?

So you aren’t getting any real benefit from the peroxide.

Another issue is that mixing chlorine bleach with hydrogen peroxide makes oxygen gas. That may seem amazing, but it is highly flammable and dangerous.

Chloramine can cause coughing, burning of the throat, breathing difficulties, and chest pains.

Keep hydrogen peroxide in the dark

Hydrogen peroxide doesn’t like light that much. It is usually found in brown, opaque bottles.

You will also spot it for sale in other styles of containers.

However, all the bottles share one thing in common: they stop the light from getting to the hydrogen peroxide inside.

Hydrogen peroxide is highly reactive. Exposure to light can start to cause it to decompose, which renders it useless.

That means, extending the life of hydrogen peroxide requires you to keep it in its original bottle. Storing the bottle somewhere dark adds a little more protection.

Hydrogen peroxide should be in your home

Hydrogen peroxide isn’t anything new. It was discovered in 1818 by a professor at the Collège de France, Louis Jacques Thénard.

Since its discovery, hydrogen peroxide has come to be used in a variety of ways:

As we have seen, you can also use it to get rid of stains from clothing and fabric. Yet, you need to treat hydrogen peroxide with care.

Too much of it can leave you lamenting your ruined clothes.

Test a small patch of colored clothing before proceeding with adding hydrogen peroxide to your laundry.

Avoid mixing vinegar, chlorine bleach, or ammonia with hydrogen peroxide. Doing so creates gases that can be harmful to your health.

Like anything you use for cleaning, carefully read the instructions on how to use hydrogen peroxide. Experiment with lower strengths, slowly building up to higher levels of concentration.

Then you will discover that “sweet spot”.

Previous Post: « How To Remove Pomegranate Stains
Next Post: 10 Effective Ways to Remove Blueberry Stains Out of Clothes »

Hey Friends! I’m a Midwestern Momma to a sweet little boy and a wonderful daughter! I'm so happy you stopped by to check out this blog and I can't wait to get to know you! Read More…