These Apple Cinnamon muffins are a mix of a traditional muffin, and Apple Cinnamon Rolls. If it sounds crazy, that’s probably because it is slightly crazy. This is the tiniest little addition to an already easy to make treat.

You will be surprised by how incredibly delicious your basic cinnamon rolls will become! If you love easy recipes, this caramel apple breading pudding will be another you love!

There may be affiliate links in this article. You can read more about this in my disclosure.

I grew up in a home where everything was made from scratch. From the pasta we ate being rolled from freshly made dough to the home-grown tomatoes being pressed to make sauce.

While my mother was fully aware there were easier ways to make things, she just was never one for shortcuts!

That is a big reason why so many of us feel shame for “cutting corners” when it comes to cooking. Listen, just because maybe our parents or grandparents did everything from scratch, doesn’t mean it HAS to be done that way.

Sure, there are some things that may taste “better” from scratch but these Apple Muffins just aren’t one of those things. You could spend hours making your own dough from scratch and getting it to the perfect consistency, or you could take this recipe and trust that these will be the best apple muffins you’ve ever had.

By utilizing canned cinnamon rolls and apple pie filling that is pre-made, you will be able to create a tasty and impressive dessert (or even breakfast) in a surprisingly short amount of time!

The ingredient list is minimal, the directions couldn’t be easier, and yet the taste is what dreams are made of!

Speaking of canned cinnamon rolls, you can try out these Heart Rolls for another tasty treat!

I told you guys these are super easy, right? Well, along with that comes the shortest list of ingredients. While you could make your apple pie filling from scratch and add an element of homemade to it, it certainly isn’t necessary.

Before you begin, start by preheating your oven to 350 degrees F. Then, make sure to spray your muffin tin well with olive oil spray. This can become a sticky mess if you aren’t careful! 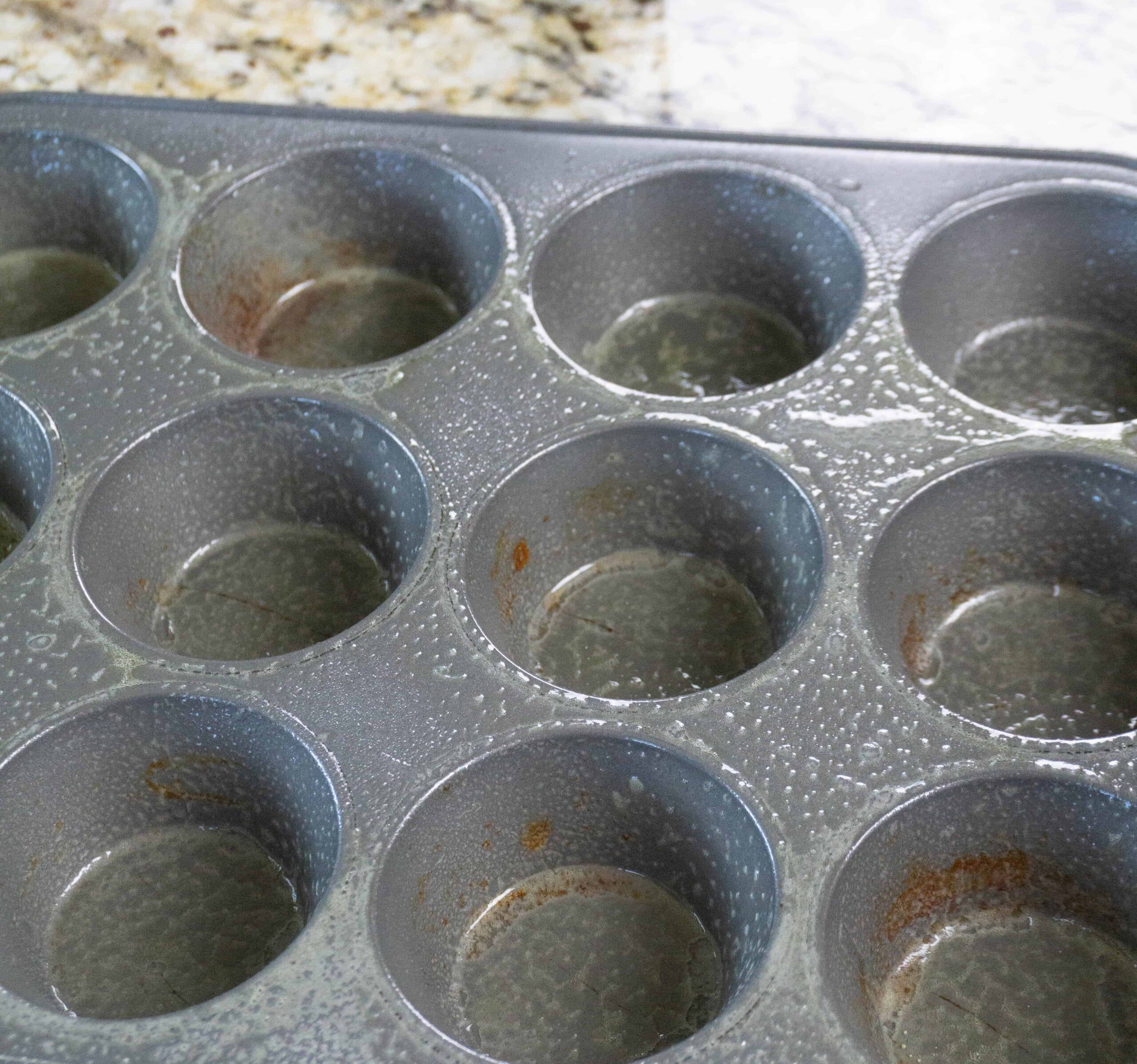 Unroll your cinnamon roll dough, instead of keeping them perfectly rolled. You’ll want to take a bit of dough and press it into each one of the muffin cups. This is a fairly easy step and one that I love to let my son help with. This is a great recipe for getting the kids involved! 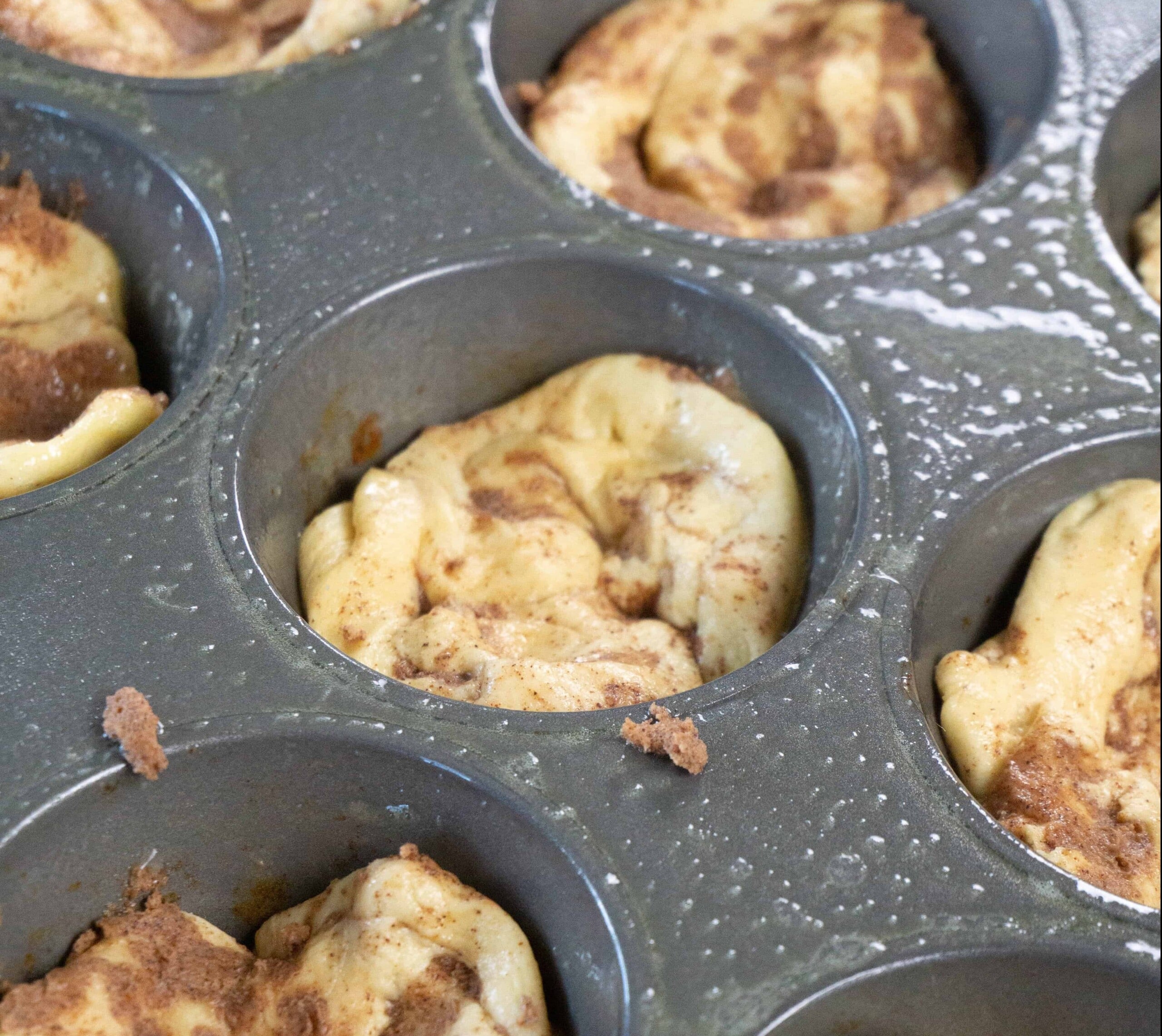 Using either the canned apple pie filling or your own homemade, you’ll want to spoon some of the filling into each cup. Be careful not to overflow your cups, though! If you have kiddos that will be eating these too, you may want to chop your pie filling up a bit! 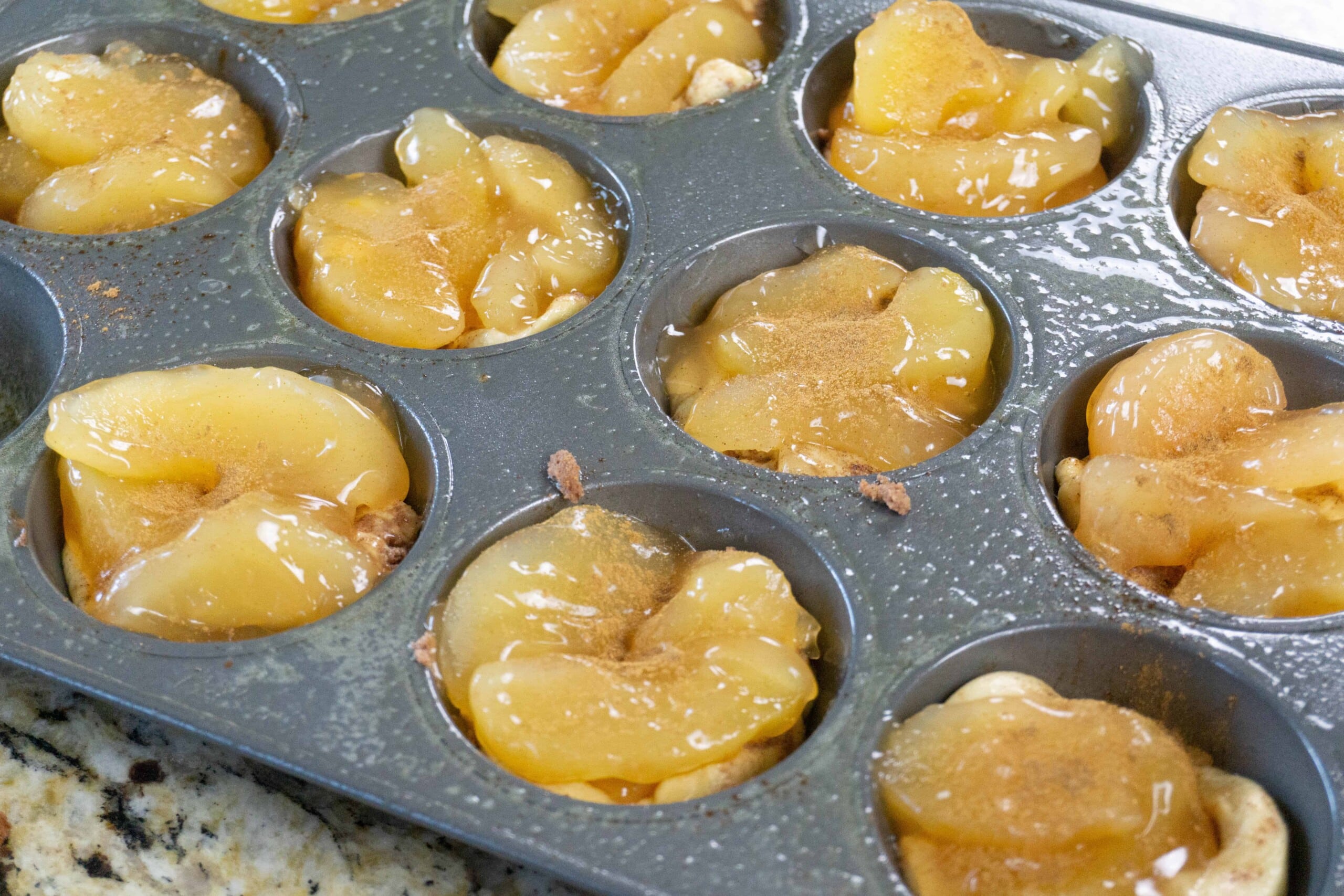 Once all of your muffin cups are filled, place your pan in the preheated oven and bake for 20 to 22 minutes. Once the pieces of the cinnamon roll that are showing have turned a light to golden brown, it’s done and ready to enjoy! 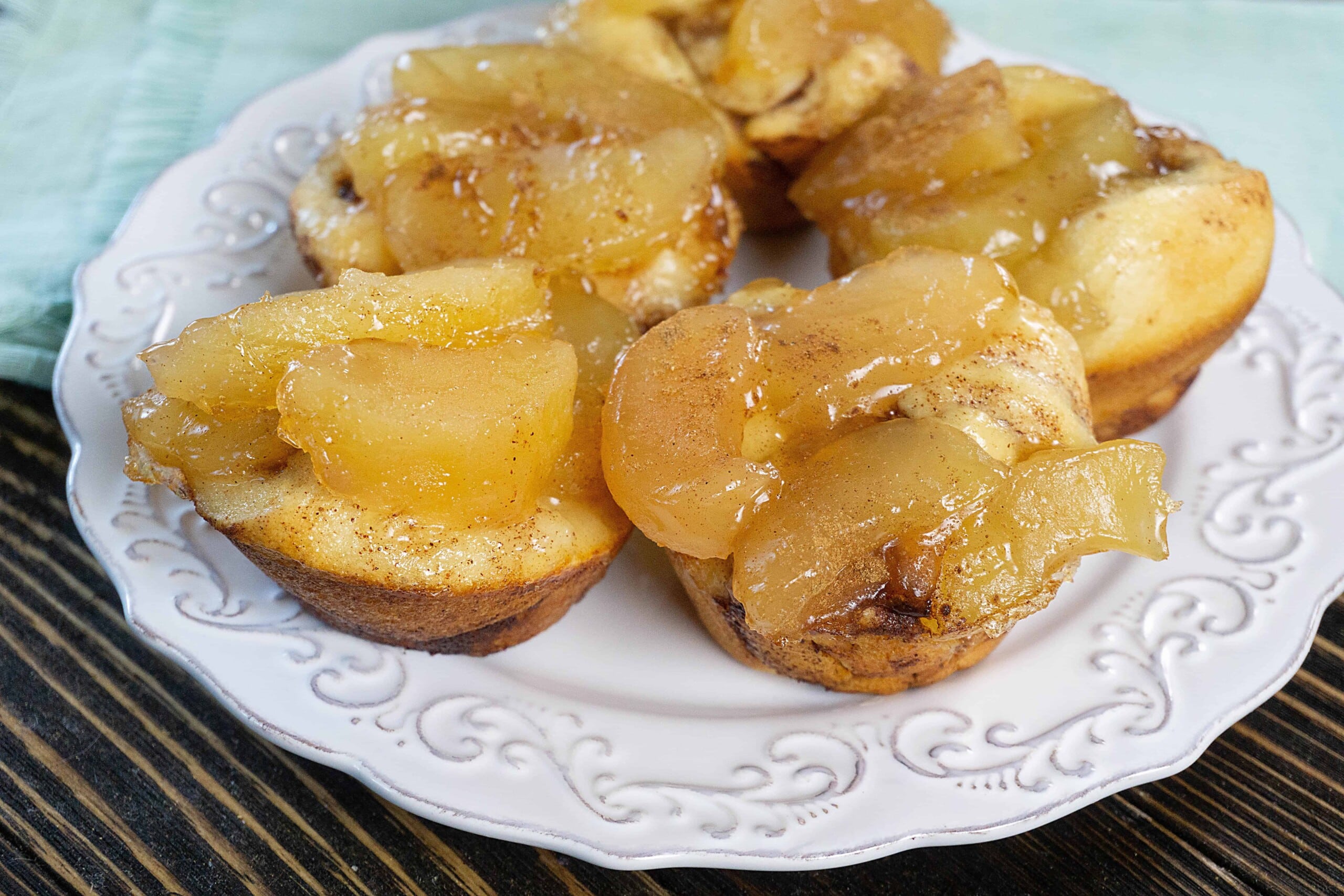 For added deliciousness, you can add a scoop of cold vanilla ice cream on top before serving! If you try this recipe, I’d love to hear how you like it! Try variations with all different pie fillings!

Check out these other great recipes

If kids will be eating these Apple Muffins, you may want to chop the pie filling into smaller sections. This is easier for smaller mouths!